Posted on February 22, 2017 by SkyVision Solutions 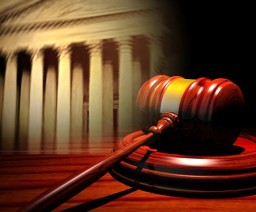 The Naperville Smart Meter Awareness group (NSMA) has filed its legal brief [1] with the U.S. Court of Appeals for the Seventh Circuit after a Federal District Court entered a final judgment against NSMA late last year.

Key Points Made in Appeal Brief

Since 2011, and in the case of Naperville Smart Meter Awareness (NSMA) v. City of Naperville (Case 1:11-cv-09299), NSMA has been attempting to receive injunctive relief from the mandatory (forced) installation of digital electric smart meters that collect granular energy usage data well in excess of that required for customer billing purposes.  On September 26, 2016, the District Court entered a final judgment in favor of the City of Naperville.

Now as Docket 16-3766 with the Seventh Circuit Court, NSMA seeks to have the case remanded back to the District Court so that the claims can be fully litigated.

NSMA alleges that the District Court’s dismissal was erroneous because its “Data Privacy Claims were fully and properly alleged under both the Fourth Amendment and the Illinois Constitution, and raised serious and important issues both to NSMA members and the public at large.”

As stated in my article [2] from December 2016, the NSMA group has retained new counsel to handle the appeal process.  A considerable amount of effort went into preparation of the legal brief filed on February 21, 2017.  This brief likely represents the most comprehensive legal and literary “indictment” ever compiled against smart meters on the grounds that their use constitutes an illegal search and invasion of privacy. 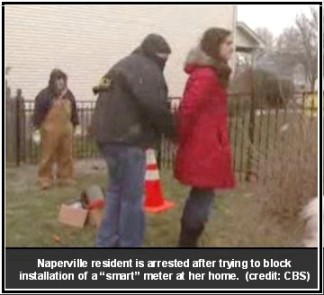 It is alleged that the use of smart meters constitute a violation of NSMA members’ Fourth Amendment rights because the City’s smart meters unnecessarily and without customer consent collect electrical usage data from members’ homes at intervals that offer an invasive view into their personal lives and activities inside their homes.

The City of Naperville now has until April 10, 2017, to file a brief with the Court in response to NSMA.  NSMA has also requested an Oral Argument on this Appeal “because this case presents important constitutional issues relating to government’s ability to compel revealing data from within the home.”  NSMA also states in its brief that the “district court appears to have based its decisions on misunderstandings and assumptions contrary to the claims alleged in the pleadings, and oral argument will help prevent misunderstandings in this Court.”

SkyVision Solutions will continue to post articles as this litigation progresses.

Key Arguments of the Legal Brief

Below are noteworthy quotations from the legal brief filed by NSMA and its attorneys [1].

This case involves data privacy, today’s signature privacy issue, regarding data obtained from within the home, a special place of sanctity under the Fourth Amendment.  Through the compelled use of smart meters, the City is collecting data that can reveal intimate details of peoples’ activities in their own homes.

NSMA pleaded, and would have proven, that smart-meter data combined with other data creates enhanced privacy risks.

NSMA pleaded, and would have proven, that the City’s claimed reasons for its data collection were unjustified and did not outweigh the privacy harms of its smart-meter program.

NSMA pleaded, and would have proven, the security risks from smart-meter data collection.

The court erred in finding that NSMA members had no reasonable expectation of privacy in the data collected by smart meters.

The court ignored well-pleaded allegations in finding smart-meter data does not reveal private activity within the home.

While disclosure of true monthly aggregate power use quantities have at times been held not to involve an invasion of privacy, courts in past cases have noted that the monthly numbers generated by analog meters tell very little about a household, and do not reveal intimate details of life inside.  State v. Kluss, 867 P.2d 247, 254 (Idaho App. 1993) (finding that monthly aggregate power usage figures “do not reveal discrete information about Kluss’s activities” because they may be caused by any one of numerous kinds of electrical usage”); accord Sampson v. State, 919 P.2d 171, 173 (Alaska App. 1996) (Mannheimer, J., concurring) (agreeing that no reasonable expectation of privacy exists in gross monthly electrical usage figures, because such figures “reveal no details of the activities that consumed the electricity”).  In contrast, here, the City generates 3,000 readings/month of quarter-hour Interval Data (clearly, “discrete information”) which can reveal details as to “the activities that consumed the electricity.”

The court erred in concluding that no Fourth Amendment violation occurs until information has actually been used improperly.

There is no speculation in NSMA’s claims; data is admittedly being taken from inside NSMA’s members’ homes, under compulsion, on a 24/7 basis.

The court erred in equating use of electricity with consent to smart-meter data surveillance.

The court … erred in concluding that residents “are deemed to have consented” to collection and use of their data by a government-run electricity provider merely “through their usage of electricity services knowingly supplied by the City.”

Moreover, a “consent” justification is absurd under the circumstances since electricity is a basic necessity of modern life and the DPU-E is a government monopoly, which permits residents no other choice for their electricity needs.

The district court improperly relied on cases addressing consent in a much different context — where information is first provided to a private third party, who subsequently provides it to the government.

There is considerable doubt whether the third-party doctrine will continue to be applied, particularly in data-privacy cases.  But at the very least, this is not a third-party situation.  Here, the data is obtained directly by the government, with no resident consent, presumed or otherwise.

The court’s dismissal of the Data Privacy Claims should be reversed because, by erroneously finding NSMA members had consented to using smart meters and making its other errors regarding their expectations of privacy in their homes, the relevance of inferences drawn from the smart-meter data, and the City’s use of the data, the court ignored NSMA’s well-pleaded allegations and the Supreme Court’s controlling Fourth Amendment precedents.

The District Court improperly disposed of NSMA’s Data Privacy Claims under the Privacy Clause of the Illinois Constitution.

Plaintiff’s Data Privacy Claims, which raised an emerging issue of broad public importance, should have been fully explored and tested, not summarily dismissed.

The district court perhaps fell into the common technological fallacy of equating technological advances with progress.  The Fourth Amendment, however, elevates the sanctity and privacy of home life above any optimistically expected blessings of technological advances, and above the government’s assurances that it can be trusted with potentially invasive new technologies.

Government surveillance of individuals in their homes carries many dangers — it chills the exercise of civil liberties, and affects the power dynamic between the watcher and the watched, leading to harms and fears of blackmail, persuasion, and discrimination.