Posted on December 4, 2013 by SkyVision Solutions 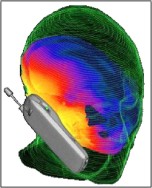 This article will demonstrate in a step by step fashion that evidence is mounting for RF radiation being considered definitely carcinogenic.  In the paragraphs that follow, information is presented showing how research data has accumulated over the past couple of years showing a progression from Group 2B to Group 2A, and finally to Group 1.  In addition, evidence continues to mount regarding other types of adverse biological effects caused by RF radiation emissions, some of which are summarized in the final section of this article.

Evidence for RF Fields Being Group 2B, Possibly Carcinogenic

In May 2011, IARC concluded that “radiofrequency electromagnetic fields [are] possibly carcinogenic to humans (Group 2B) … A positive association has been observed between exposure to the agent and cancer for which a causal interpretation is considered by the Working Group to be credible,…”

As stated in the full IARC Monograph Vol. 102, for Non-Ionizing Radiation, published in April 2013, the evaluation for carcinogenicity was applicable for all radiofrequency (RF) radiation in the range (30 kHz to 300 GHz) of the electromagnetic spectrum.  Quoting the Monograph:

“[It] should be emphasized that the evaluations in this volume address the general question of whether RF radiation causes cancer in humans or in experimental animals:  it does not specifically or exclusively consider mobile phones, but rather the type of radiation emitted by mobile phones and various other sources.”  [emphasis added]

“The Working Group agreed to consider three categories of human exposure to RF radiation:  (a) environmental sources such as mobile-phone base stations, broadcast antennae, smart meters, and medical applications; (b) occupational sources such as high-frequency dielectric and induction heaters, and high-power pulsed radars; and (c) the use of personal devices such as mobile phones, cordless phones, Bluetooth devices, and amateur radios.”

“The overall evaluation by the IARC Working Group was:  Radiofrequency electromagnetic fields are possibly carcinogenic to humans (Group 2B).”  [emphasis added]

Evidence for RF Fields Being Group 2A, Probably Carcinogenic

Dr. Devra Davis and Dr. Anthony B. Miller, along with other co-authors, published an article in April 2013, entitled, “Swedish Review Strengthens Grounds for Concluding That Radiation from Cellular and Cordless Phones Is a Probable Human Carcinogen.” [1]

A noteworthy quotation from the article is as follows:

“By reviewing key epidemiological studies, some of which have been published since the IARC review, addressing methodological critiques of their own and other studies, and reporting the results of a meta-analysis of their own and the IARC coordinated Interphone study, Hardell et al provide new and compelling evidence for IARC to re-evaluate its classification of ‘a possible carcinogen’, with a view to changing that assessment of electromagnetic radiation from mobile phones, cordless phones, and other wireless devices at least to a ‘probable human carcinogen,’ i.e. Group 2A.”  [emphasis added]

Consistent with the above evidence presented to support the Group 2A classification, Dr. Anthony B. Miller made a presentation on November 20, 2013, before the Toronto Public Works and Infrastructure Committee.  This presentation was made in opposition to a request for authorization by a communications company to install cellular towers/poles throughout Toronto, Canada (on the City’s public right-of-way) that were less than 15 meters in height.  The video for Dr. Miller’s presentation is provided below.  Some of the more significant statements in the presentation include the following:

“We set forward [in a recent paper] the reasons for our view that the proper designation now if [the IARC] Working Group were to meet would be Category 2A, … making it a probable human carcinogen.”

“We in public health believe in prudent avoidance.”

“It seems to me that unless I can be reassured that this proposal before you, … that what you are in fact setting, if you approve this, you are setting the scene for increasing cancer risks, probably brain tumors, several other cancers, which you will not be able to identify, I would say, for ten to fifteen years.”

Lennart Hardell and Michael Carlberg published an article in November 2013, entitled, “Using the Hill Viewpoints from 1965 for Evaluating Strengths of Evidence of the Risk for Brain Tumors Associated with Use of Mobile and Cordless Phones.” [2]

This published article utilized causation criteria developed by Sir Bradford Hill in 1965 to provide a framework for evaluation of the brain tumor risk from RF-EMF.  According to the article, “all nine issues on causation according to Hill were evaluated.  Regarding wireless phones, only studies with long-term use were included.  In addition, laboratory studies and data on the incidence of brain tumors were considered.”  The results of the evaluation were as follows:

“The criteria on strength, consistency, specificity, temporality, and biologic gradient for evidence of increased risk for glioma and acoustic neuroma were fulfilled.  Additional evidence came from plausibility and analogy based on laboratory studies.  Regarding coherence, several studies show increasing incidence of brain tumors, especially in the most exposed area.  Support for the experiment came from antioxidants that can alleviate the generation of reactive oxygen species involved in biologic effects, although a direct mechanism for brain tumor carcinogenesis has not been shown.  In addition, the finding of no increased risk for brain tumors in subjects using the mobile phone only in a car with an external antenna is supportive evidence.”

Conclusions reached in the published article include the following:

“Based on Hill’s viewpoints and his discussion on how these issues should be used, the conclusion of this review is that glioma and acoustic neuroma are caused by RF-EMF emissions from wireless phones.  According to the IARC Preamble, the classification should be Group 1, i.e., ‘the agent is carcinogenic to humans’, and urgent revision of current guidelines for exposure is needed.”  [emphasis added]

“Because of the widespread use of wireless technology, even a small [health] risk increase would have serious public health consequences.”

Summary on Carcinogenic Effects and Discussion of Other Adverse Effects

Evidence continues to mount that radiofrequency fields are harmful to humans and that RF emissions should not be treated in the same vein, for example, as “pickled vegetables as traditionally prepared in Asia” (which is also an agent categorized as Group 2B by the IARC organization).  With mounting evidence that RF radiation is definitely carcinogenic and the fact that exposure to our population is increasing at an exponential rate from a variety of RF sources, the potential consequences are catastrophic.  Because of the potential long-term ramifications, prudent avoidance measures should be implemented immediately by all governments, corporations, schools, and individuals.

Furthermore, this article has yet only highlighted the recent developments in establishing the carcinogenic nature of RF radiation.  Evidence continues to also mount for other adverse biological effects as well, such as those described by Magda Havas in another recent article published in November 2013, entitled “Radiation from Wireless Technology Affects the Blood, the Heart, and the Autonomic Nervous System.” [3] 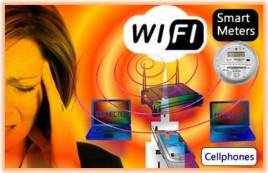 The Havas article describes how radiation from wireless technology affects the blood, the heart, and the autonomic nervous system.  Certainly to some individuals, these adverse effects represent a much more imminent threat than do the more long-term carcinogenic effects.  According to Havas:

“Exposure to electrosmog generated by electric, electronic, and wireless technology is accelerating to the point that a portion of the population is experiencing adverse reactions when they are exposed.  The symptoms of electrohypersensitivity (EHS), best described as rapid aging syndrome, experienced by adults and children resemble symptoms experienced by radar operators in the 1940s to the 1960s and are well described in the literature.”  These symptoms can include “fatigue, sleep disturbance, headaches, feeling of discomfort, difficulty concentrating, depression, memory loss, visual disruptions, irritability, hearing disruptions, skin problems, cardiovascular problems, dizziness, loss of appetite, movement difficulties, and nausea.”

The final statements in the Havas article are:

“If we do nothing about guidelines and … fail to regulate the technology in a way that minimizes microwave exposure, then many more people are likely to become ill and some will die.  [See figure below.]

If we choose to minimize exposure by establishing biologically based guidelines rather than the current thermal guidelines, by encouraging wired Internet access in schools, universities, hospitals, workplaces, and homes, by installing wired smart meters, and by establishing RF-free zones for those who are highly sensitive, then we can reverse much of the damage that has been inflicted.  [See figure below.]

The choice is ours, and the real question is, ‘Do we have the foresight and courage to make the right decision or will we require a health tsunami before we act?’”

8 Responses to Radiofrequency (RF) Fields: Possibly, Probably, or Definitely Carcinogenic — The Evidence Mounts Toward the Latter.