Posted on November 1, 2015 by SkyVision Solutions 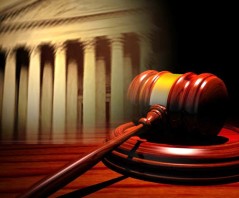 Note:  This article has been updated with additional information based upon the oral arguments held 11/3/2015.  Refer to the end of the article for the updated content.

Oral arguments in an ongoing smart meter case will be heard on November 3, 2015, before the Maine Supreme Judicial Court.  The arguments are the result of an appeal to a December 2014, decision by the Maine Public Utility Commission (PUC) concluding that smart meters are ‘safe enough’ for the public, reflecting a lower standard than the Court or law allows.

One PUC Commissioner acknowledged that there was a credible threat of harm related to chronic exposure to smart meter radiofrequency emissions.  Quoting from the December 2014 PUC Order:

“Thus as part of the safety finding, there is a low cost or no cost accommodations to recognize that there is some credible evidence of risk of chronic effects.  I find it is not a reasonable utility practice for CMP [Central Maine Power] to fail to provide sufficient risk mitigation and that CMP should provide an AMI meter with a transmitter turned off if recommended by a licensed doctor or medical practitioner.”

Additionally, as stated in the December 2014 Order:

“Commissioner Littell would have CMP provide an AMI meter with transmitter off as part of the safety determination while Commissioner Vannoy would not find that necessary.”

However, as part of the final language in the PUC Order where only two Commissioners participated, the above conditional safety finding was completely abandoned, and it was simply concluded that:

“Fees associated with opting-out are reasonable and not unjustly discriminatory…”

“A PUC opinion can be vacated when it is unreasonable, unjust or unlawful in light of the record” said Ed Friedman, lead complainant.  “In this case the Commissioner’s decision is not supported by the evidence record, CMP has not met their burden of proof and neither CMP nor the PUC has successfully ensured safety for all ratepayers as is their statutory mandate.”

Dianne Wilkins another Maine complainant noted “published peer-reviewed independent studies find biological effects from radiofrequency microwave exposure like that from smart meter emissions, 70% of the time.  When industry funded studies are analyzed, this number drops to 30%.   Even if you accept only 30%, we have a huge public health problem on our hands.”

Not only might we have a health problem, most Americans understand we have a regulatory problem with many agencies influenced by those they regulate.  In a publication recently released from the Edmond J. Safra Center for Ethics at Harvard University, author Norm Alster examines how the Federal Communications Commission (FCC) is dominated by the industries it presumably regulates:

“Let‘s be clear. …  The problem is not technology, which unarguably brings countless benefits to modern life.   The problem is with the over-extension of claims for technology‘s usefulness and the worshipful adulation of technology even where it has fearful consequences.  Most fundamentally, the problem is the willingness in Washington — for reasons of both venality and naïveté — to give technology a free pass.”

“Personally, I don‘t believe that just because something can be done it should heedlessly be allowed.  Murder, rape and Ponzi schemes are all doable — but subject to prohibition and regulation.  Government regulators have the responsibility to examine the consequences of new technologies and act to at least contain some of the worst.”

“Beyond legislators and regulators, public outrage and the courts can also play a role — but these can be muffled indefinitely by misinformation and bullying.”

In this instance, let it be a case where the Court will help put an end to the “misinformation and bullying” by the utilities and their colluding organizations on the issue of wireless smart meters and their detrimental effects.

For a press release from the Maine Coalition to Stop “Smart” Meters, please visit the following link:  http://www.mainecoalitiontostopsmartmeters.org/wp-content/uploads/2015/10/Oral-Arguments-Press-Release-10-30-15-1.pdf

Ed Friedman and others (collectively “Friedman”) appeal from an order of the Public Utilities Commission declaring that Central Maine Power’s (CMP) “smart meters” are safe.

Friedman claims that the smart meters pose a health hazard, especially to people with electro-hypersensitivity (EHS) symptoms and to those with immune deficiencies, heart conditions, pacemakers, other medical implants, or brain tumors.

On appeal, Friedman claims that the PUC erred by (1) failing to apply this Court’s directive that it determine the meters pose “no credible threat” to health and safety before approving them; (2) requiring that there be a threat of immediate risk of harm before the device or service could be rejected; (3) placing the burden on Friedman to show that there was a threat to health rather than on CMP to show that there was no credible threat to health; (4) impermissibly limiting the assurance of safety to fewer than all of CMP’s customers; and (5) making the findings in the absence of sufficient evidence to support them.

PORTLAND, Maine — The Maine Supreme Judicial Court considered Tuesday whether a court-ordered Public Utilities Commission study about the safety of Central Maine Power Co.’s smart meters at the homes of about 615,000 customers met the legal standard laid out by the justices three years ago.

The justices ordered in July 2012 that the PUC determine whether CMP’s smart meters pose “a credible threat to the health and safety” of its customers.  The commissioners concluded in December that they do not.

Advocates opposed to smart meters appealed the commission’s finding arguing that it came to the wrong conclusion.

The state’s high court is not expected to decide whether the meters are safe or not, but whether or not the PUC properly conducted the study and based its conclusion on the evidence presented.

Bruce A. McGlauflin, the attorney for Ed Friedman and the Maine Coalition to Stop Smart Meters, argued Tuesday that the PUC’s conclusion was contrary to the evidence presented to commissioners.  That evidence included the testimony of 65 witnesses who described the adverse health conditions suffered after exposure to smart meter radiation as well as a reduction in symptoms after avoiding exposure, he said in his brief.

PUC attorney Jorden P. McColman argued Tuesday that the commissioners’ conclusion was “based entirely on substantial evidence in the record.”  That included “field studies showing compliance with FCC regulations, the fact that no other government organization has found that the low-level [radio frequency] from smart meters is harmful to humans, and that the scientific studies in the record overwhelmingly show that there is no conclusive evidence that low-level RF emissions are harmful to human health,” he said in his brief.

There is no timetable under which the justices must issue a decision.

Do “smart meters” know too much?

That’s because each electric-powered device or appliance in your home has a unique electronic “fingerprint,” and its activity is recorded by your meter.  The data collected by smart meters is potentially of great interest to law enforcement as well as other third parties – washing machine manufacturers, for example, might like to know who owns an older, energy-inefficient washing machine that is likely to be replaced soon.

Unfortunately, there’s not much oversight when it comes to what happens to this data, leading ACLU affiliates across the country – including in Vermont, Ohio and Hawaii – to raise the alarm over smart meter privacy concerns.  Here in Maine, we have the following suggestions for protecting the privacy of our data when it comes to smart meters: