Posted on June 9, 2015 by SkyVision Solutions 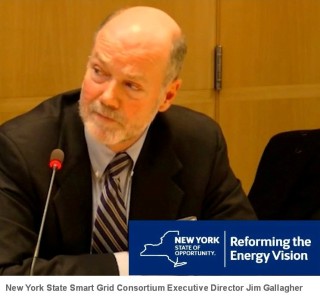 At this website we have many times discussed how Smart Meters Don’t Make a Smart or Wise Grid.  We have also highlighted the fact that Northeast Utilities in a submittal filed with the Massachusetts Department of Public Utilities in 2014 stated that “There is no rational basis for …  mandated implementation of [smart meters]” and that “many customers have a deep aversion to technology that links them to the ‘grid’ in a way that they perceive as an invasion of their privacy and/or detrimental to their health.”

Today there is new hope that more states are beginning to recognize that Smart Meters Are Not the Silver Bullet Many Seem to Think.  On May 28th, there was an article posted at the website for the Association for Demand Response & Smart Grid.  This article reports that AMI (or smart meters) may not be part of New York’s Reforming the Energy Vision (REV) program:

“The groups that are party to New York’s Reforming the Energy Vision (REV) program are still deciding whether to adopt AMI as a part of the state’s distributed grid, with opposition spurred mainly by concerns about the costs, New York State Smart Grid Consortium Executive Director Jim Gallagher said yesterday during his presentation at the Assn for Demand Response & Smart Grid’s (ADS) town meeting in Washington, DC.  Gallagher spoke on a panel about the REV program, which is part of the state’s effort to create a more distributed grid.

‘I think the hesitation is primarily the price tag,’ and whether it is true that ‘in five years, there may be alternatives,’ Gallagher said.  An investment today, he added, might support ‘technology that may not be optimal in the long run.‘  ‘We’re trying to work through those questions,’ he added.

New York State does not have wide saturation of AMI and parties within NY REV are ‘working within the group to come up with a decision tree on AMI,’ Gallagher said.  Parties to the REV proceedings are working on potential alternatives to AMI as part of the distributed grid, he added.

[Some] parties argued AMI is not needed to send price signals through the grid, Gallagher said.

AMI is ‘a bit of a debate,’ John Borchert, senior director of energy policy & transmission development at Central Hudson Gas & Electric, told the event yesterday.  ‘We are one of those who don’t believe that the wholesale rollout of AMI is necessary for the process to proceed or for the market to take off,” he added.”

With increasing evidence that Smart Meter Rollouts Have Been a Waste of Money, could it be that significant numbers of people are beginning to regain their sanity with regard to the further wasting of resources on smart meters?  Even Patty Durand, Executive Director for the Smart Grid Consumer Collaborative (SGCC), recently acknowledged that:

“One of the concerns I have about smart meters is that they often don’t bring with them value to the consumer, not yet anyway.”

So let’s move on, rollback smart meters, and do something ‘smart’ for a change.