Posted on March 8, 2015 by SkyVision Solutions

The results are “worrying,” say the authors of a newly published study [1] dealing with the exposure of mice to radiofrequency (RF) radiation fields.

According to Professor Alexander Lerchl, who conducted the new investigative study together with his colleagues from Jacobs University and also the University of Wuppertal in Germany, “Our results show that electromagnetic fields obviously enhance the growth of tumors.”

Article/ Study Highlights (as summarized by the authors)

The vast majority of in vitro and in vivo studies [previously] did not find [carcinogenic] effects of exposure to electromagnetic fields (RF-EMF), i.e. emitted by mobile phones and base stations. … Published results from a pilot study with carcinogen-treated mice, however, suggested tumor-promoting effects of RF-EMF (Tillmann et al., 2010).

We have performed a replication study using higher numbers of animals per group and including two additional exposure levels (0 (sham), 0.04, 0.4 and 2 W/kg SAR).

We could confirm and extend the originally reported findings.

Numbers of tumors of the lungs and livers in exposed animals were significantly higher than in sham-exposed controls.  In addition, lymphomas were also found to be significantly elevated by exposure.  A clear dose-response effect is absent. We hypothesize that these tumor-promoting effects may be caused by metabolic changes due to exposure.  Since many of the tumor-promoting effects in our study were seen at low to moderate exposure levels (0.04 and 0.4 W/kg SAR), thus well below exposure limits for the users of mobile phones, further studies are warranted to investigate the underlying mechanisms.

Our findings may help to understand the repeatedly reported increased incidences of brain tumors in heavy users of mobile phones.

“The fact that both studies [in 2010 and in the current study] found basically the same tumor-promoting effects at levels below the accepted (and in most countries legally defined) exposure limits for humans is worrying.”

“Although animal experiments are generally not easily transferable to the situation in humans, the findings are a very clear indication that – in principal – tumor-promoting effects of life-long RFEMF exposure may occur at levels supposedly too low to cause thermal effects.”

It should be kept in mind that this study did not specifically look for tumor production solely based upon exposure to RF radiation.  In fact female mice were injected with a known carcinogen, ethylnitrosourea (ENU); the offspring were then observed for tumor production based upon being exposed to differing levels of RF fields throughout their lives to determine if the RF exposure affected tumor production, presumably also related to the presence of the ENU agent.

It is extremely noteworthy that the results of this new study demonstrated:

It is hypothesized by the authors of the new study that RF exposure may have been responsible for changing the metabolism of the exposed animals in a way that in turn resulted in a higher uptake by the fetuses of the administered carcinogen.

The new study not only supports the 2011 declaration by the International Agency for Research on Cancer (IARC) that RF radiation fields are “possibly carcinogenic” but also demonstrates how RF fields may promote the effects of other carcinogenic agents in the production of cancer.

[1] Source Material for this Article

The following “approved manuscript” was purchased and reviewed by SkyVision Solutions:

To appear in:  Biochemical and Biophysical Research Communications

Content of Press Release from Jacobs University in Germany and the Lead Author for the Study, Alexander Lerchl, March 6, 2015

Electromagnetic fields stimulate the growth of tumors in mice.  This is the result of a new study by researchers from Jacobs University, which was commissioned by the Federal Office for Radiation Protection, and published today.

The findings do not only confirm a previous pilot study undertaken by the Fraunhofer Institute ITEM in 2010, but expand on the knowledge in two important aspects. 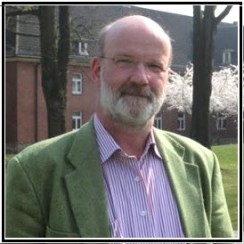 In a study with mice, Alexander Lerchl, Professor of Biology at Jacobs University, and his team could verify that carcinogen-induced tumor rates were significantly higher when the animals were exposed to electromagnetic fields such as those emitted from mobile phones.

“The effects on liver and lung tumors, as reported by ITEM in 2010, were fully confirmed,” says Prof. Lerchl, who conducted the investigation together with colleagues from Jacobs University and from the University of Wuppertal.  “In addition we found a significantly elevated rate of lymphoma due to exposure,” the scientist explains.  Furthermore, some of the effects were seen at levels below the exposure limits for the general population.

Alexander Lerchl, however, does not interpret the new data as being a proof for cancer induction through the use of mobile phones.  “Our results show that electromagnetic fields obviously enhance the growth of tumors.  The assumption that they can cause cancer has not been proven so far,” Prof. Lerchl emphasizes.  The biologist has published a large number of studies on the topic.

Additional research is necessary to clarify the reasons for the latest results findings. “We can clearly demonstrate the effects.  Now new studies must aim at explaining the underlying mechanisms”, Prof. Lerchl concludes.