Posted on August 1, 2014 by SkyVision Solutions 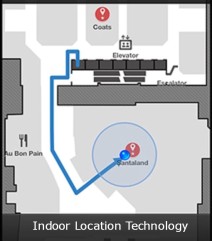 The BBC reported a story on July 28, 2014, entitled, “What Price for Free Wi-Fi?”  The introduction to the story states:

“Smartphone users are always looking for free wi-fi but at what price does it come?  Businesses are looking at ways to make the free wi-fi they offer work for them too.  It can track our movements through our phones and reveal a great deal about us to those who have something to sell.”

The accompanying video for the story is astonishing in terms of how promoters of Wi-Fi view the technology:

“You can start to take that data and control lighting or parking.  …  If an area’s got no people, why are the lights on?”

“Where it becomes really interesting though is once we know more about you, we know your age, your gender, your social interests, who your friends within the city.”

What is shocking about the above mindset is that the interviewed Wi-Fi company executive makes an assumption that everyone wants to be tracked and should be tracked, and that if you are not tracked through a Wi-Fi enabled device, you will be assumed not to exist, i.e., “We will turn the lights off.”

[The above 39 second video contains material used pursuant to Fair Use Doctrine under 17 U.S.C. 107 and is presented in the public’s interest for non-commercial purposes.]

The above discussion brings to mind a book published by Google last year.  The book is entitled, “The New Digital Age: Reshaping the Future of People, Nations and Business,” by Eric Schmidt and Jared Cohen. [1]

There is recognition in the Google book that privacy is at risk in the “new digital age.”  In fact, this is where the book portrays an ominous future.   It is stated that:

“The impact of this data revolution will be to strip citizens of much of their control over their personal information in virtual space, and that will have significant consequences in the physical world.”

The book mentions that it will be “important to fight for privacy and security in the future,” but yet explains that “users will voluntarily relinquish things they value in the physical world — privacy, security, personal data — in order to gain the benefits that come with being connected to the virtual world.”

And what about those people who do not wish to become “connected” to the virtual world?  The book actually has a section entitled, “No Hidden People Allowed.”  In this section it is described that:

“Governments may determine, for example, that it is too risky to have citizens ‘off the grid,’ detached from the technological ecosystem.  To be sure, in the future, as now, there will be people who resist adopting and using technology, people who want nothing to do with virtual profiles, online data systems or smart phones.  Yet a government might suspect that people who opt out completely have something to hide and thus are more likely to break laws, and as a counterterrorism measure, that government will build [a] kind of ‘hidden people’ registry…  You might also be subjected to a strict set of new regulations that includes rigorous airport screening or even travel restrictions.” [emphasis added].

The Google book describes a future of contradictions.  On the one hand, the digital age will allow people to live “safer and more engaged” lives.  However, are you really “safe” in a world of wireless devices that “strip citizens” of their privacy, leaving them open to “nefarious activity”?  The book describes a potentially dark future where people are effectively required to be connected to a seemingly abstract digital world.  To refrain from participation in this virtual world may result in you being deemed by others as increasingly irrelevant and suspicious.

Whether it be for so-called “smart” meters tracking your every movement in your own home or governments and corporations tracking your buying habits and exact location both inside and outside the home and in shopping centers everywhere through Wi-Fi enabled devices, there will be no truly “hidden people” allowed to live in the new world that lies ahead. … unless more people take control of their own lives and demand to preserve their privacy rights and freedom before it is too late.

In addition, the Google book mentions that:

“In the future, information technology will be everywhere, like electricity. … People will have access to ubiquitous wireless Internet networks that are many times cheaper than they are now.”

The above statements are particularly disconcerting to those individuals trying to avoid exposure to wireless emissions and who are afflicted with Electromagnetic Hypersensitivity (EHS).  These people attempting to live a “non-wireless” lifestyle could become a new underclass in a society where it has been declared that there will be “no hidden people.”  Thus,  for some individuals the primary issue relates to privacy rights, but for others, it is their very right to live in a healthy environment that is being violated.

For more information on “indoor tracking” and where “Stores Sniff Out Smartphones to Follow Shoppers,” refer to the following link:  http://www.technologyreview.com/news/520811/stores-sniff-out-smartphones-to-follow-shoppers/.