Posted on December 24, 2016 by SkyVision Solutions 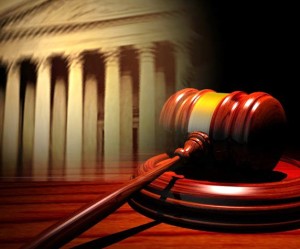 In the smart meter-related case of Naperville Smart Meter Awareness (NSMA) v. City of Naperville, a Federal district court entered a final judgment against NSMA and in favor of the City on September 26, 2016. (Case 1:11-cv-09299)

As outlined in a “docketing statement” filed with the U.S. Court of Appeals for the Seventh Circuit, the NSMA group has filed a notice of appeal as documented below:

“As set forth in its notice of appeal, NSMA seeks review of the district court’s order granting the City summary judgment, upon which the court entered final judgment in the City’s favor, as well as all opinions and orders antecedent and ancillary thereto.”

“As of October 2016:   The lower federal court denied NSMA its day in court and ruled against our case without even allowing for normal discovery and depositions.  As a result, we have filed an appeal with the 7th Circuit Court.  More information about the case is coming …

The NSMA group has retained new counsel to handle the appeal process.  Furthermore, it is the understanding of SkyVision Solutions that the appeal will deal primarily with privacy issues (i.e., “Fourth Amendment prohibition on unreasonable searches”) as documented in one of the court documents stipulating that the case on appeal involves “relatively complex technical issues and novel Fourth Amendment issues related to data collection through ‘smart meters’ employed by the City of Naperville to measure residential electric usage.”  And that:

“Specifically, NSMA seeks review of the trial court’s dismissal of its claim that the City of Naperville’s use of smart meters constitutes a violation of NSMA members’ Fourth Amendment rights because the City’s smart meters collect electrical usage data from members’ homes at intervals of every fifteen minutes, which data can then be de-aggregated to offer an invasive view into their personal lives and activities inside their homes.  The application of the Fourth Amendment to this emergent technology and the implications of this example of government-administered ‘big data’ raises relatively complex technical issues and novel legal issues.”

The Court of Appeals has ordered that the initial NSMA brief be filed by February 21, 2017.

At this website, I previously discussed that the Judge in the NSMA case had acknowledged that “smart meters are capable of capturing discrete details of behavior” but concluded that “NSMA members are deemed to have consented [to smart meter data collections] through their usage of electricity services knowingly supplied by the City.”

In the Naperville case, even though residents provided letters of protest and notices of “no consent” to the City of Naperville, and the NSMA group filed a Federal lawsuit over the issue of forced installation of smart meters, the Judge somehow presumed that “no” really meant “yes,” even though residents had no choice on an electricity supplier other than to go “off-grid.”

Let’s hope that the Court of Appeals will have greater respect for the constitutionally guaranteed right to privacy.  I will provide updates on this case as the appeal process progresses.

Copyright Notice © SkyVision Solutions and Smart Grid Awareness, 2013 – 2016.  Unauthorized use and/or duplication of original material from this site without express and written permission from this site’s author and/or owner is strictly prohibited.  Excerpts and links may be used, provided that full and clear credit is given to SkyVision Solutions and Smart Grid Awareness with appropriate and specific direction to the original content.