This article outlines a sometimes overlooked strategy for fighting the forced installation of smart utility meters and which would help reestablish the boundaries of governments and corporations, specifically with regard to the intrusiveness of smart grid technology and its ability to “get inside the home.”  It is possible that the approach outlined in this article may offer a more effective route to ultimate victory as compared to other options currently be utilized by many concerned consumers and activists.

The current strategy for opposing the deployment of smart meters typically employs demonstrations, protests, and other actions taken against utility companies and public service commissions.  Some court cases move forward, but in this area, the utilities usually have the upper hand due to their deep financial pockets in defending their interests.  Somewhat neglected in terms of engagement are the politicians themselves who have the authority to write laws that would protect the people from intrusive and risky technologies. 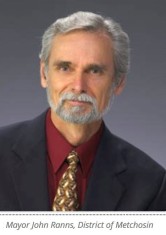 Last year this website featured an article by a small town mayor on the southern coast of Vancouver Island in British Columbia, Canada, in which he appealed to the conscience of politicians on smart meters.  Mayor John Ranns has since made a presentation on democracy and how to apply it in the fight against smart meters.  Specifically, it can be used to help concerned consumers more effectively engage with their politicians as potential allies in reestablishing the boundaries that governments and corporations should not be allowed to cross.

Editor’s Note:  The original presentation by the Mayor has been condensed to about two-thirds its original duration for purposes of this website.  A video also follows the written text provided below; you can decide to read or scan the written text or watch the 13 minute video.  The text has been slightly edited for better readability as part of this blog article and emphasis was added primarily using bold font.

Here are the statements and perspective of Mayor John Ranns on the subject of democracy, smart meters, and engagement with politicians:

“In a free system, democracy has to have boundaries.  It has to be able to protect the minority as well as serve the majority.

Yet in one stroke BC Hydro, and enabled by the government, and all members of the government, not just the ruling party here; in one stroke they said, ‘Sorry folks, this is a new world; things have changed; all that doesn’t matter anymore.  We now have the right to do what we want to your home.  You do not have the right to control what goes on in your home, or what gets attached to your home.’

And frankly people, that scares the hell out of me.

Technology is moving so fast and is so pervasive, that if we lose the understanding of where that’s going to take us, then we are going to lose our freedom. …  Now they want to measure our activities inside our homes.

We must reestablish the laws, the idea, the belief that there is a line that government and corporations cannot cross, no matter how convenient, and no matter how [persuasive] the argument is.

So what do we do about it? …  So we have to figure out where to best focus our energies.  So do we start with Hydro [the utility company]?  Is Hydro going to help us?  Well, you can forget that.  It is a government monopoly with a board of directors that have made a billion dollar mistake. …  They’re not going to admit to that any time soon.

How about the regulatory agencies?  It’s been my experience over a number of years now that there isn’t a regulatory agency in this country that’s got any teeth left when it comes right down to it.

How about government?  Well, yea, government can help.  But you have to understand there’s two parts to government.  There’s the one part which is the elected people, and their job is to set policy based on what you want.  The other part is the much larger part and that’s the bureaucracy.  Their job is to expedite policy.  So there’s no point going to them; they’re not going to help, because number one, it’s not their job, and number 2, it is not in their self-interest.

So then that just leaves, and I really want to emphasize this, where you should be focusing your efforts is on the politicians.  They’re the ones that have the authority to change policy.  They’re the ones who got the authority to rewrite the tariffs.  And they are the only ones that will reestablish the boundaries that will protect us from them.  But they’re not going to do it unless we tell them to do it.

And that leaves you.  The ultimate responsibility for the protection of our society is up to you; it’s up to us; it’s up to all the people that live in this world.  We have to get the message to the politicians.

I don’t want to be clichéd here or sound clichéd, but if there’s one message that I have to give you here and that is that you have way more power than you think if you use it wisely.

“Whether you like it or not, winning this fight is ultimately up to you.  It is a fight that we can win … if we stick with it; it is fight that we will win, but more than anything, it is a fight we must win.  Thank you.”

In fighting smart meters, I have generally observed concerned consumers and activists taking somewhat adversarial positions towards utility companies and public service commissions.  Although such positions may be warranted, based upon the perspective that Mayor John Ranns has shared, and based upon his life-long experience as a politician, this may not be the most effective approach to achieve success.  Why not devote additional energy engaging with politicians on achieving our common goals of preserving freedom and demonstrating how smart meters go against our basic common law tradition of preserving the sanctity of the home?  Quoting a legal review on the sanctity of the home, smart meters, and with reference to the relevant legal case of Kyllo:

“The animating principle in Kyllo is the preservation of privacy in the home in the face of invasive technologies, and in light of that principle, the increasingly digitized and networked nature of our existence should not vitiate [impair] the sanctity of the home and the expectation of privacy that individuals and society continue to maintain about activities taking place in the home.  It is high time for the Court to take a ‘long view’ on the capacity of business records to intrude on reasonable expectations of privacy in the home.”

Let’s make sure that the politicians enact legislation on smart meters consistent with the above principle.

Even for those consumers primarily concerned with RF emissions, the aspect of “invasion of privacy” has applicability when engaging politicians.  Due to the loss of control felt by many consumers to be able to limit their exposure to RF radiation within their own homes, and on their own property, there may be a perceived negative effect on their sense of well-being and that their right to be secure in their own homes has been violated.  RF radiation emissions from wireless smart meters, as they are interpreted as an intrusion on one’s ability to control his or her own health status, constitute an unreasonable “invasion of privacy.”

The views expressed in this article are also consistent with those articulated in another recent article at this website on how Utilities Are ‘Very Excited’ about Mining Smart Meter Data and Invading Your Privacy.  That article quotes a privacy expert, Bruce Schneier, on the subject of data mining:

“Here we are, producing this data — this big data land grab, to access it all, to analyze it all, to use it all, is not being buffered by a sense of privacy, of the personal nature of it.” …

“The problems are political and social, and we need political change.”

In fighting smart meters, consider engaging with politicians who have the authority to legislate laws to protect us from invasive technologies.  In doing so: 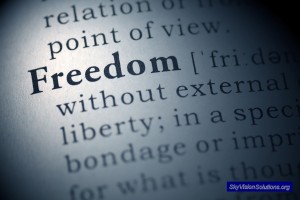 Some will be skeptical of the above approach as there is a well-founded belief among much of the population that lawmakers are bought and paid for by corporations.  In the area of smart meters, smart grid industry contributions to politicians no doubt add up to a large sum of money.  In response to that viewpoint, one must realize we don’t need all politicians on our side, just enough who are truly motivated by the desire to do the right thing.  If we can maintain our focus on fundamental societal issues such as privacy, freedom, and consumer choice, we may have a better chance for success.

“Taking the ‘Long View’ on the Fourth Amendment: Stored Records and the Sanctity of the Home,” at http://wp.me/a3nav9-31D