Posted on October 8, 2014 by SkyVision Solutions

The utility companies say it can’t be done, but …

Utility Misinformation: “The utility cannot detect the presence of people in their homes.” [1]

Fact:  “An important example of the sensitive information smart meters reveal is occupancy — whether or not someone is home and when. … Occupancy is surprisingly easy to detect, since it highly correlates with simple statistical metrics, such as power’s mean, variance, and range.” [3]  Utilities claim smart meters are not surveillance devices, yet the repeated data gathering by smart meters beyond that required for billing purposes can reasonably be considered to represent unwanted surveillance and stalking.

The following paragraphs represent selected quotations from recently published papers listed at the end of this article, [3] and [4].

For example, detecting power signatures … could aid [appliance] manufacturers in guiding their marketing campaigns, e.g., identifying homes with GE versus Maytag appliances. Many utilities are providing third-party companies access to troves of smart meter data.  For instance, a recent report highlights one utility’s practice of requiring its customers to consent to sharing their data with third parties before permitting them to use an online web portal.  Such privacy violations have led to a small, but growing, backlash against smart meters. 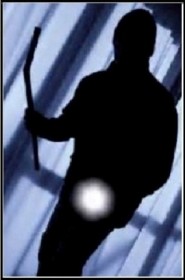 An important example of simple and private information that smart meters leak is occupancy — whether or not someone is home and when.  Tech-savvy criminals are already exploiting similar types of unintentional occupancy leaks, e.g., via publicly-visible online calendars and Facebook posts, to select victims for burglaries.  In addition, occupancy may also indirectly reveal private information that is of interest to insurance companies, marketers, potential employers, or the government, e.g., in setting rates, directing ads, vetting an applicant’s background, or monitoring its citizens, respectively.  Such information could include whether a home’s occupants:

i)   include a stay-at-home spouse,
ii)  keep regular working hours and daily routines,
iii) frequently go on vacation, or
iv)  regularly eat out for dinner.

As recent work demonstrates, launching attacks that extract occupancy [patterns] from smart meter data is surprisingly easy, since occupancy highly correlates with simple statistical metrics, such as power’s mean, variance, and range.  Intuitively, users’ interaction with electrical devices, e.g., turning them on and off, lends itself to straightforward attacks that detect changes in these metrics and associates them with changes in occupancy.” [3]

“[W]e focus on monitoring occupancy in residential homes using the coarse-grained data produced by commodity smart meters, which record a home’s electricity usage anywhere between every one to fifteen minutes.

Typical smart meter data clearly demonstrates that a home’s pattern of electricity usage changes whenever occupants are present.  Figure 1 illustrates this point by overlaying average power usage every minute with binary occupancy (one is occupied, zero is unoccupied) between 8 am and 11 pm for two homes.  Though the homes have different occupants, loads, and daily routines, the pattern of power usage clearly change whenever people are home.

[Non-Intrusive Occupancy Monitoring] NIOM has compelling applications given the widespread deployment of smart meters by utilities.  For instance, prior work highlights that residential users often either i) do not program or ii) mis-program programmable thermostats. While the NEST thermostat attempts to address the problem by automatically programming itself based on occupancy patterns it learns using a built-in motion sensor, it carries a significant cost (roughly $250).  However, NIOM’s potential to extract occupancy patterns from smart meters en masse enables utilities to automatically determine i) how much a programmable thermostat benefits each home and ii) suggest an optimal customized thermostat schedule.  Utilities could include these results in electric bills or as part of routine energy audits to motivate consumers to upgrade to programmable thermostats and estimate their savings, or properly program their existing thermostat.” [4]

This article presents one simple example to illustrate the point on how utilities do not tell the truth with regard to the capabilities and risks associated with smart meter deployments.  For a previous article at this website dealing with a similar topic, one viewer wrote the following skeptical comment:

“I could gather enough data to make the same inferences you made just from paying attention to my neighbors. lights on in different rooms, lights off, coming and going, cars in driveways etc…not sure what your point is.”

The above comment was obviously made by a person who cares little about other people’s privacy or about utilities disclosing the truth. 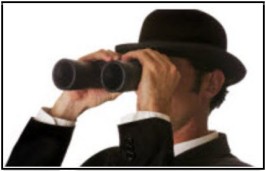 “[S]mart meter data can be used by others either maliciously or inadvertently using existing or developing technology in an unauthorized fashion to infer types of activities or occupancy of a home for specific periods of time and … utilities should not deny these legitimate concerns as if they don’t exist.  Smart meters generally collect thousands of data points per month on each household which is not necessary for billing purposes.  It is therefore an UNNECESSARY invasion of privacy.  Although you may ‘pay attention’ to your neighbors, there is a point where you may cross the line and that ‘data gathering’ becomes unwanted surveillance and stalking.”

Hopefully people will realize that if the utility can’t give a straight answer to a simple question on whether a smart meter can detect the occupancy of a home through the use of a smart meter, people will also question many of the other utility myths on what a smart meter supposedly “can’t do.”

Such utility statements must be properly categorized as propaganda and constitute deception.  If people are alive and using electricity, their presence is detected and occupancy and behavior can be inferred using smart meters.  Repeated data gathering by a utility beyond that required for billing purposes can reasonably be considered to represent unwanted surveillance and stalking.

Naperville Smart Grid Initiative-question Response Inventory dated 25 March 2013; refer to page 26, Question 2 on the topic of “Privacy.”  Specifically for the City of Naperville, Illinois, there is a question asking:  “Can the utility monitor my consumption and know when I’m home?”  The utility provided response is given as:  “The utility cannot detect the presence of people in their homes; only the consumption of electricity is measured for billing purposes.”

Commonwealth Edison (ComEd) so-called “Fact Sheet” on Privacy; refer to the top of page 2: “Just like standard meters, smart meters will measure the amount of electricity you use – not how you use it.  They are not surveillance devices.”