Posted on January 3, 2014 by SkyVision Solutions 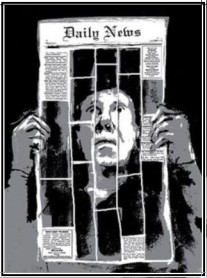 Project Censored at http://www.projectcensored.org/ is dedicated to exposing and opposing news censorship.

The presentation of this year’s Top 25 censored news stories represents the collective efforts of 219 college students and 56 professors from 18 college and university campuses as well as 13 additional community evaluators.

Censored Story #14 for 2013 is entitled:  “Wireless Technology a Looming Health Crisis” with a description as follows:

“As a multitude of hazardous wireless technologies are deployed in homes, schools, and workplaces, government officials and industry representatives continue to insist on their safety despite growing evidence to the contrary.  Extensive deployment of ‘smart grid’ technology hastens this looming health crisis.  [emphasis added]

By now many residents in the United States and Canada have smart meters—which transfer detailed information on residents’ electrical usage back to the utility every few minutes—installed on their dwellings.  Each meter has an electronic cellular transmitter that uses powerful bursts of electromagnetic radio frequency (RF) radiation to communicate with nearby meters, which together form an interlocking network.  Such information can easily be used to determine individual patterns of behavior based on power consumption.

Utilities sell smart grid technology to the public as a way to ‘empower’ individual energy consumers, allowing them to access information on their energy usage so that they may eventually save money by programming ‘smart’ (i.e., wireless-enabled) home appliances and equipment to run when electrical rates are lowest.  In other words, a broader plan behind smart grid technology involves a tiered rate system for electricity consumption that will be set by the utility, to which customers will have no choice but to conform.”

The designation for #14 was partially based upon the content of the following article:

“Looming Health Crisis: Wireless Technology and the Toxification of America”